Converting my original overview blog post to a more permanent page. This will make it easier to keep an accurate overview of the lab without having to reference individual articles. 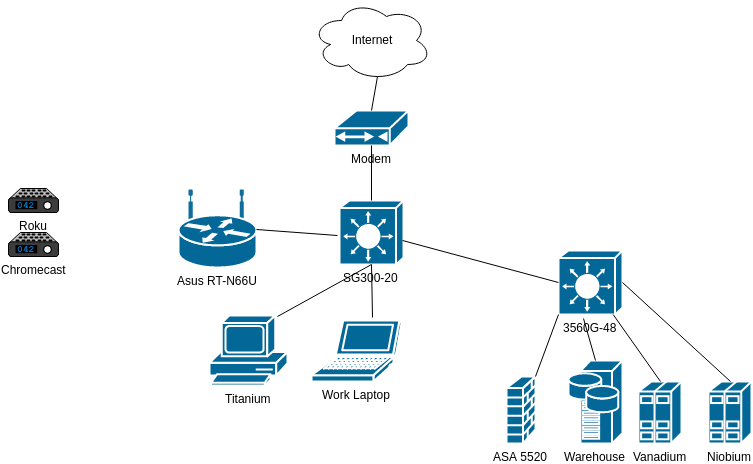 Originally, I wanted to keep all the lab stuff off the desktop, then to save power I brought everything into the desktop. No matter how you slice it there are pros and cons to either set up, so you might as well pick one and run with it.

I've got a Dell R610 and HP DL380 G7 for the virtualization nodes. Each have 48 GB RAM and a Xeon E5645. Both servers are fine, but HP servers take forever to post and have some weird brackets that make them not fun to work on. Currently using esxi and all the vmware goodies (vcenter, nsx, log insight) but previously ran ovirt.

I've also got a whitebox NAS/SAN whatever you want to call it that is currently just doing NFS for media and a static apache server hosting centos install media. In the past it ran ZFS, but that was annoying to deal with on linux, so now its doing BTRFS in "RAID 10". After moving virt nodes from ovirt to esxi I moved the VM storage back to the storage node. Currently using iSCSI over 10gb ethernet for the primary VM storage on the SSD. ISOs and other low-change type VMs are on the btrfs volume shared via nfs.

The SG300 switch is solid, but annoying in that its only about 90% IOS so it has some syntax quirks. the 3560G is getting a bit old but gives me enough capacity to not care. At some point I hope to move the OPNSense firewall to a physical appliance and have it as the primary router for both home and lab, but for now ther is some double nat awesomeness going on. 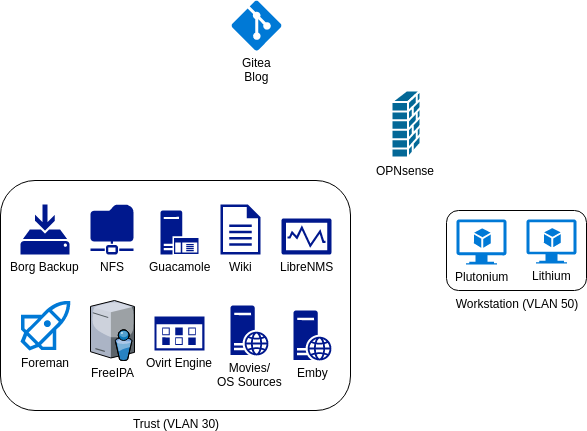 The diagram says enough for an overview. Basically have Foreman for provisioning, wiki server for documentation, ldap/nfs for user stuff and borg for backups. At some point I'll write detailed posts around those. So there you have it, the current state of my lab hardware and a small snapshot of the software side as well.